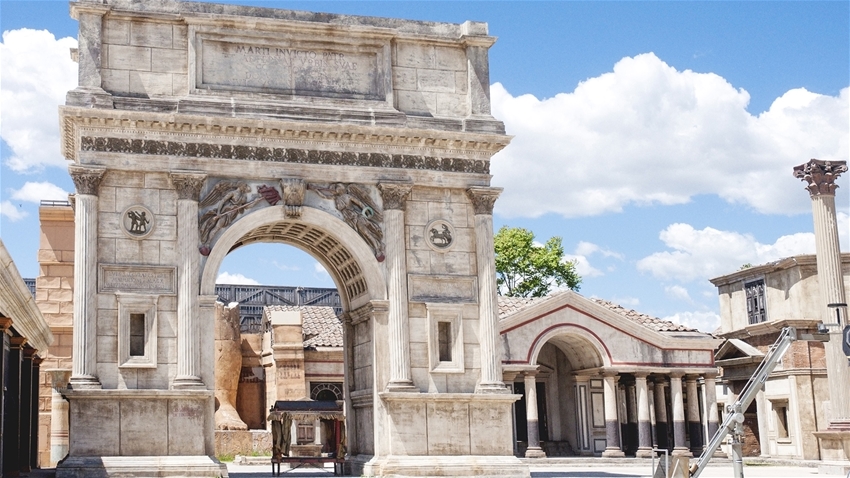 Luce Cinecittà is the largest film studio in Europe, spreading over an area of 100 acres with 19 stages, 1 permanent tent, 300 dressing rooms and offices, 21 makeup areas and an outdoor tank of 112,000 square feet. The Studios represents the most important reference for a large and diverse industry – national and international cinema, television, commercials, video and photo shoots. Thanks to the strategic location just 6 miles from the center of Rome and just a few steps from the metro station, the highway and near the airports of the city, it acan be reached easily by production companies, suppliers, customers, tourists or anyone else interested in taking a look at the Dream Factory that lies beyond these walls. We are the only studio in the world with pre-production, production and post-production facilities on one lot- so you can walk in with your script and walk out with a completed film.

Our stages and auxiliary facilities include:
•19 stages (including the largest sound stage in the Europe) •300 production offices/dressing rooms and 21 makeup areas •82 prop stores, warehouses and workshops •A massive outdoor tank of 112,000 square feet •a 25 acres (10 ha) backlot and a 2,000 acre ranch backlot just outside of Rome.