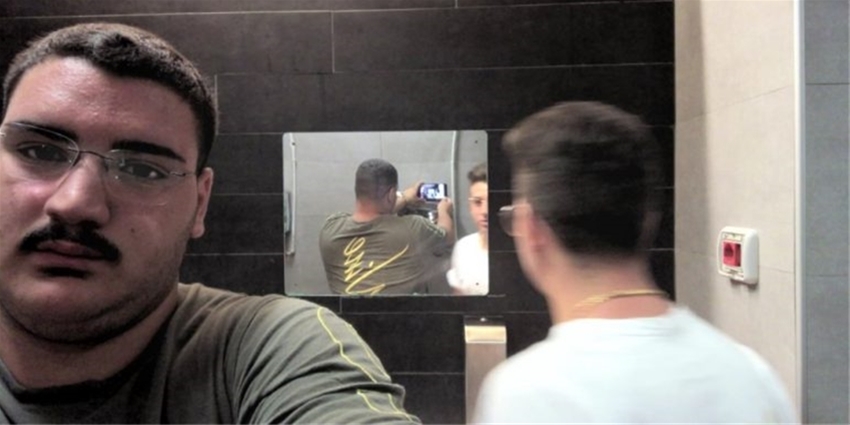 Selfie, Agostino Ferrente’s Berlinale Panorama-selected documentary, is based on real events. During the summer of 2014 at Rione Traiano, one of Naples’ most difficult neighborhoods, 16-year-old Davide Bifolco gets killed by a cop who mistakes him for a fugitive. Like many other teenagers there, Davide left school and was dreaming of becoming a soccer player, but as one of his friends explains he “was just an honest boy full of life, they took his life for no reason.” Maybe the story would have had a different ending if taking place in another, more affluent neighborhood of the city. The director underlines that “it is not only about Scampia or Traino, though, it’s a model that repeat itself in all the suburbs of the world, like the policemen in New Orleans that shoot at black people just because they think they are all criminals.” He goes on by saying that in this kind of suburbs, the boy who saves himself is the exception, the miracle that should be told: “As I’ve already done with my previous film, Le cose belle, I try to show those kids who finally make it, because reality is problematic and well-known, widely covered by newspapers and TV reports already. There are those who can be saved, they just need help and the chance to express their talent, that can also simply be being a barman or a hairdresser.”

Ferrente focuses on the context where the tragedy took place, moving from the gaze of two friends of the victim, Alessandro and Pietro, who tell about their friendship, daily life, the effort to remain honest, the death of Davide. He asked them to do so by filming video-selfies of themselves with a smartphone. “You shouldn’t distance at all costs from popular culture, I find it snobby to overlook the potential of popular technological means and to label selfies simply as something trashy. Undeniably it is an exhibitionist and narcissistic act, but it’s also about self-representation, a mirror. Instead of telling what the eyes of these boys see, the huge residential blocks and decay, I wanted to tell the eyes of whom looks at that world.” The two boys are close friends, but complementary nonetheless, with different opinions on the future and different attitudes towards life. Pietro wants to become a hairdresser, he’s unemployed at the moment, but there’s a family behind him who support him. Alessandro instead grew up without his father and works in a bar where he makes little money. While filming himself, one would like to show only the good things of his neighborhood because he thinks everybody know already the bad ones; the other one instead thinks that if you’re not talking about the bad things you cannot really understand the good ones either.

On screen, the colorful images shot by the boys alternate with the cold and aseptic ones coming from the security cameras controlling the area. The result is an interesting mix of the subjective and the objective, where one can feel a dark sense of predestination that works like a burden, even on the freedom to dream. In the film, Alessandro says: “I’ve made a strange dream tonight. Davide was alive and was smiling at me. But then I met the cops and they shot me at the heart.”

How did the neighborhood react to the presence of the director? “During the first few months they all called me Mario and I didn’t understand why. Then they explained me that that’s the name they use to warn about the presence of a cop as apparently they thought I was one. They welcomed me when they got to know that I wanted to make a film on Davide’s death, a story that they live with a profound sense of injustice, also because the cop’s sentence has been suspended.

To be released by Luce Cinecittà, Selfie is an Arte France and Magneto production with Casa delle visioni and Rai Cinema, in collaboration with Luce Cinecittà.