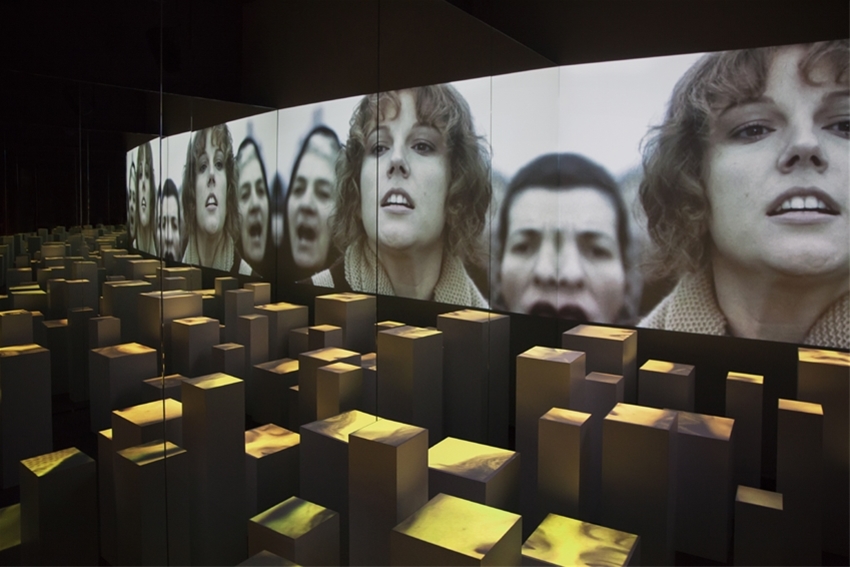 An immersive and visionary museum to be inaugurated in Cinecittà by collecting the audiovisual heritage of Luce, Rai Teche, and the Cineteca Nazionale: that’s MIAC – Italian Museum of Moving Images. The museum will open to the public in December and will go expanding Cinecittà’s offer beyond “Cinecittà Shows Off” and the several open sets. In the words of Dario Franceschini, minister of Cultural Heritage and Activities and Tourism: “A museum that gives you the chance to discover cinema’s glorious history while keeping the door open towards the present and the future. It brings together the extraordinary heritage of Luce, Rai Teche, and the Centro Sperimentale di Cinematografia. It’s just right that such a place opens in Cinecittà, a landmark place.” Franceschini is the one who, five years ago, had the idea for such a museum: “Witnessing the opening of a new museum in such a short time is a rare satisfaction. The unpredictability of politics or maybe the destiny allowed me to be here in the capacity of a minister to inaugurate it.”

Financed through the strategic plan “Grandi Progetti Beni Culturali” launched in 2015 with 2.5 million Euro, the project is built around the Fellinisque idea that “the only realist truth is the visionary.” Franceschini adds: “You can build many things around this place. It’d be nice to have one room in the museum in which the visitors could leave their declaration of love for cinema through a short video.” Thinking of 2020, year dedicated to Federico Fellini in the centenary of his birth, the minister suggests that “MIAC could coordinate all the activities to be organized nationwide to celebrate the memory of the great Rimini-born artist.” Among this, the Fellinian installation to be designed by Dante Ferretti and Francesca Lo Schiavo.

The crowded press conference for the presentation of the museum is introduced by Roberto Cicutto, Managing Director and President of Istituto Luce Cinecittà. Cicutto highlights how the project is in fact a start up that will be constantly renovated, with ever-changing themes and images. “Two additional spaces will be built, the first dedicated to temporary exhibitions, the other will be a reading room dedicated to Tullio Kezich and hosting his library, including 7.000 cinema books donated by his wife Alessandra Levantesi.”

Maria Pia Ammirati, Director of Rai Teche, celebrates the “innovative wonder” of the museum where history can be experienced again also as history of the radio and television. Accordingly, one of the first exhibitions will be dedicated to the evolution of the soap operas into TV series. Felice Laudadio, President of the CSC, highlights the immense heritage shared by Istituto Luce, Rai Teche and Cineteca Nazionale, counting over 160.000 titles.

The four curators of the museum are Gianni Canova, Gabriele D’Autilia, Enrico Menduni and Roland Sejko. According to Canova, MIAC is the “museum of the Italian imaginary, and the imaginary is gaseous, liquid, nomadic. We wanted to offer an experience, a museum that doesn’t look museified, paralyzing.” D’Autilia underlines the effort made to bring together “the experience and the didactic aspects, an ongoing dialogue with the world’s visual part.” To Menduni, historian of the mass media, MIA is a “masonry-built web site bringing together cinema, comics, radio, photography, tv, and videogames in one single space. There are not many museums that tackle all these issues at the same time.” Sejko, a director and documentary filmmaker, sums up the meaning of the enterprise in one sentence: the film we deceived ourselves to be only spectators of, is actually the story of our life.” Gregorio De Luca Comandini, on behalf of the NONE collective, explains how a group of 30-year-old artists designed the space by reworking 400 films in order to look for different narrative forms and different media to stimulate the perception.