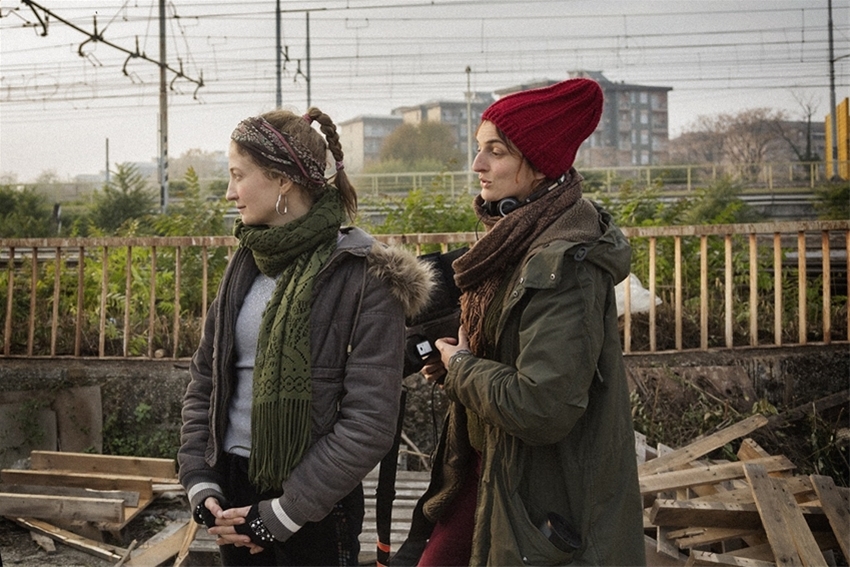 A tribute to two careers, two visionary paths through contemporary international cinema. That’s what the MoMa in New York and Istituto Luce-Cinecittà envisioned and organized with “The Wonders: Alice and Alba Rohrwacher”, the first North American retrospective on the work of the two sisters – one a director, the other an actress – who succeeded in affirming a style, an image and a personality that prove unique and absolutely recognizable in the cinematic panorama.

Through their films and narrations, Alice and Alba Rohrwacher contribute to the definition of new boundaries in Italian and world cinemas, by travelling in festivals, winning international prizes, and facing very different kind of audiences. This retrospective is an unprecedented experiment combining an author and an actor, and will take place in New York at the Debra And Leon Black Family Film Centre of the MoMA from December 4 to 23. Curators are Josh Siegel of the MoMA Film Department, and Camilla Cormanni and Paola Ruggiero of Istituto Luce-Cinecittà. Special thanks go to tempesta film.

Joshua Siegel explains: “Only a few auteurs deserve a retrospective at MoMA like this extraordinary couple of sisters, who managed to bring intelligence and vitality to contemporary cinema with their unique talent, both behind and in front of the camera.” The official opening event, on December 4th, will be with Happy as Lazzaro, Cannes Best Screenplay winner in 2018, a film that the New York Times labelled as an “instant classic” and that confirmed Rohrwacher’s visionary gaze in describing social reality. The screening will be introduced by the sisters, and preceded by another screening: the New York premiere of Ginevra Elkann’s debut If Only, starring Alba Rohrwacher. Both artists will attend the screening to present the film to the audience.

The retrospective also includes Alice Rohrwacher’s first feature Heavenly Body that, since its world premiere at the Quinzaine des Realisateurs in 2011, revealed a new voice. Praised by Italian and international critics alike, the film scored a good success in Italian theatres, and won a Silver Ribbon and a Golden Ciak for best first director. The program includes The Wonders too, winner of the Jury Grand Prize in Cannes in 2014, bestowed by a jury headed by Jane Campion. Moreover, a precious collection of short films, to be presented for the first in North America, will unveil a significant body of work through which Alice Rohrwacher experimented with her formal and narrative research.

“One of the best actresses of her generation”, that’s how New York Times critics A.O. Scott defined Alba Rohrwacher. The retrospective show how Alba represents one of the most vivid images in Italian cinema, and one that travels the world with an expressive freedom and a recognition from the audience. A number of her most celebrated films will be shown: Pupi Avati’s 2008 Giovanna’s Father, Luca Guadagnino’s 2009 I Am Love, Saverio Costanzo’s 2010 The Solitude of the Prime Numbers and 2014 Hungry Hearts. In addition to these titles, also her films with Marco Bellocchio – Dormant Beauty (2012) and Blood of My Blood (2015) – and Laura Bispuri – Sworn Virgin (2015) and Daughter of Mine (2018).