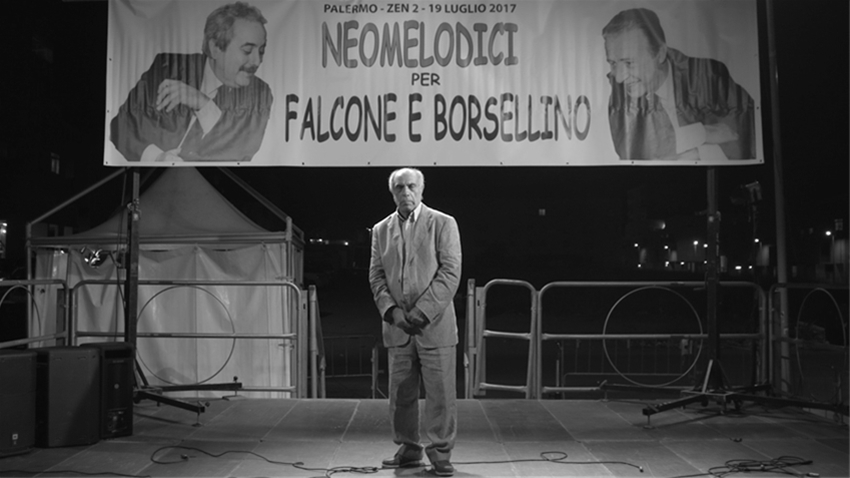 “There’s no controversy toward President Mattarella, he is a decent man, respected by all of us”. The famous photographer Letizia Battaglia wipes out polemics and the ins and outs of the new movie of Franco Maresco, La mafia non è più quella di una volta, in which she stars, In Competition at Venice and distributed by Luce Cinecittàstarting September 12th. Everything comes from a few lines in the movie, that tell about the silence of the Head of State, as well as of his Christian Democrat father Bernardo, in the wake of the ruling stating the existence of a negotiation between mafia and the government

Unfortunately, the director from Palermo is not at the Lido, he balled out. It is no surprise, it already happened twice at the Film Festival. In 2014, for Belluscone, Una storia siciliana, presented in Horizons where it was awarded with the Special Jury Prize, and in 2015, with Gli uomini di questa città non li conosco, portrait of Franco Scaldati, playwright, poet, actor and theater director from Sicily, presented Out of Competition. Back then Maresco explained his absence like this: “There’s no secret, no polemical spirit, it’s just a character thing. Such a demanding festival as Venice is, requires willingness and a psychophysical strength that I don’t have. Walking the red carpet would be a torture for me. In the end, I prefer to be behind the scenes, on the side.” A similar version is offered now by the movie producer Rean Mazzone: “Franco has been lately avoiding the audience, he’s uncomfortable, he is very private, with a personal suffering that he doesn’t hide and that is also his creative force.” And Battaglia adds: “I would also say that he is an intellectual snob, that rushes us first into the fray and then abandon us.”

It’s a shame, as he could have explained to us the skepticism and disillusionment that fill the movie, realized in 2017, 25 years after the Capaci and  the D’Amelio Street massacres. The drive came from the documentary La Mia Battaglia, Franco Maresco incontra Letizia Battaglia, a “close encounter” with the famous artist, maker of the tragic black and white pictures on the 70s and 80s mafia’s war, described by ‘New York Times’ as one of the “eleven women that marked our era”.

La mafia non è più quella di una volta starts with her, wandering with her camera among students involved in institutional initiatives against mafia, such as the legality boats, in the anniversary of Giovanni Falcone’s killing. At times, one can breathe an atmosphere of parade and political catwalk, that doesn’t belong with the graveness of the commemorated event. Maresco prefers to go beyond the official rituality, to penetrate common people and ask their opinion about the two magistrates and about the mafia that killed them. What emerges is a fresco made of conspiratorial silences, curses, threats and an evident call outside of those celebrations. Letizia Battaglia, who is moved by willpower optimism according to Maresco, generously faces this hostility.

That’s when Maresco retrieves the central character of Belluscone, Una storia siciliana, Ciccio Mira, the real entrepreneur of Palermo, producer of street festivals and neomelodic singers, who looks as if he came out of Cinico TVcharacters’ gallery, with his lexical clumsy mistakes, the untold and the attention to avoid the word ‘mafia’, as an old time mafia nostalgic would have done. But Ciccio Mira has a surprise in store: he’s organizing a unique event, in the famous popular neighborhood Zen of Palermo, “the neomelodics for Falcone and Borsellino”, including even a belly dancer and various other amenities. The reason for his temporary change is unclear and it remains unclear up to the last sequences, when it’s revealed.

In the meantime, Ciccio becomes the star of the movie and with him the Court of Miracles surrounding him. Starting from Cristian Miscel, a terribly off-key boy, who claims to have gotten out of coma once he had the vision of Falcone and Borsellino, only to wind up in a mental hospital. Dubious and grotesque characters, but terribly real. “Maresco wants to show how a part of the mafia is nowadays uncouth, meager, silly, he shows the decadence of the mafia mindset with irony. Obviously, mafia, the important one, is well present with its trades, drugs, public works and in some of the institutions – states Battaglia – These characters are all morons instead, they don’t want to affirm ‘we are against mafia’ because they are socially and intellectually weak, but on the other side there’s a resistance.”

So, what do we do with the obvious skepticism of the director? “It’s there, but Franco is a person that Palermo, and not only, needs. Without him we are lost, as he’s a bulwark of our land”, answers the photographer. “It's a skepticism that refers to Sciascia’s mindset, but we also have Letizia’s optimism, so compared to other movies Franco integrates a positive mindset”, adds Mazzone. “He evens allow me to say that I love Leoluca Orlando, while years ago he wouldn’t have let me”, notes her. Some seem to notice the director discouragement. “No, because at the end of the movie there’s a success recollection: the verdict that certifies that a negotiation between mafia and the government happened”, replies Battaglia, who liked the movie and particularly “Maresco’s voice accompanying all events, I agree with something but not everything. I love that he’s also a bit ferocious.”. For sure, at the end of the screening, the audience will have a hard time being indifferent or halfway, underlines the producer, “you have to be for or against, its’ the two sentiments of Franco’s filmmaking.”