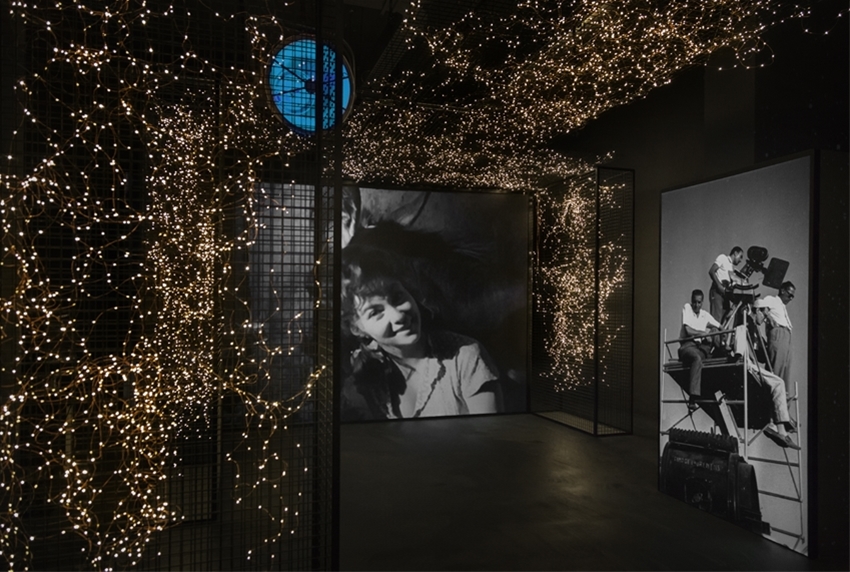 An immersive and emotional approach that develops around topics, a multimedia narration and an interactive one proceeding in a transversal way, a journey through the growth of our Country where images have been at the core of cultural and social development for many centuries. That’s the assumption behind MIAC, the new Italian Museum of Moving Images opening in the Cinecittà studios in December. A place to recover or discover our collective imaginary, where visitors will get to know and live the history and evolution of the most powerful art, born over one century ago: the audiovisual.

The museum stands on an area of over 1,600 square meters, where the Development and Printing Workshop used to be: a place where, over the decades, a substantial part of the history of Italian cinema found its way on millions of meters of prints and reels. The MIAC will tell the journey of the Italian audiovisual heritage from the origins of cinema to the great archives of our country until the arrival of TV and the development of the new digital image. This heritage will be seen in its relations with History, our social and cultural life, and the changes in the visual language throughout the 20th and 21st century. The museum is enriched by films and archival footage (from Istituto Luce, Teche Rai, and partner archives), documents, pictures, interviews, backstage, graphics, radio. A material and immaterial, 120-year-old heritage of visual civilization, turn immersive and emotional thanks to interactive installations, video-arts, transmedia languages that arouse the senses and perceptions of the visitor. The selection criteria of the contents don’t aim to offer a complete overview of the media history, but rather to evoke the energy and richness of a heritage that put Italy at the top of the audiovisual production.

The museum is conceived as a structure in the making, able to grow through time and that will host temporary exhibitions, installations, screenings, masterclasses. It will include a media-library for research in the endless treasures of the Luce Archive, a screening room, a conference room, the Tullio Kezich reading room including over 5,000 volumes from the personal collection of the late film critic. Complementary to MIAC, a series of training activities for young generations, also within the Erasmus project with exchanges and international residencies, in collaboration with Centro Sperimentale di Cinematografia and other institutes. The museum will also promote a Workshop for Conservation and Restoration, specialized in the analogic restoration of the prints.

Conceived and financed by the Ministry of Cultural Heritage and Activities and Tourism, the MIAC is realized by Istituto Luce-Cinecittà in partnership with Rai Teche and CSC – Centro Sperimentale di Cinematografia, in collaboration with Cineteca di Bologna, AAMOD – Archivio Audiovisivo del Movimento Operaio e Democratico, National Film Museum in Turin, Fondazione Cineteca Italiana, Cineteca del Friuli, Mediaset, under the patronage of SIAE. MIAC curators are Gianni Canova, Gabriele D’Autilia, Enrico Menduni and Roland Sejko. The design has been curated by NONE collective.

MIAC exhibition develops through 12 main halls. Every room explores a single topic, while two elements form the backbone of MIAC: the Timeline, a wall over 30-meter-long where through a surprising animated graffiti we can see and touch dates and events in the history of audiovisual; and the Conveyor belt, the original 40-meter-long belt that for decades have transported reels, now moving with the comments written by the visitors on bright screens and transforming them into small printed tickets. The first hall to welcome the visitors is the Box Office: a waiting room, a foyer, where familiar sounds and jingles alternates through the billboards of famous cinemas.

The first room is Emotions/The Imaginary of Italian Cinema in the Twentieth Century: faces projected on screens and dozens of mirror fragments replicate memorable scenes from our cinema.

The Actor and Actresses Room celebrates the protagonists of a film. A mosaic of sequences and close shots represent them: stars and divas with their admirers, awards, festivals. Inaccessible icons, aesthetic and sentimental models for the Italians. Three spectacular frames made by 100 lamps enshrines them as a unique, precious dressing room.

History Room. Cinema and TV have become a mandatory book to study and understand our history. The screens in this room tells it as a non-chronical tale, a powerful zapping on Italian identity – or the difficult task of getting one. The audiovisual has been a fundamental element in the linguistic unification of Italy. However, a number of narrations is based on dialects and regionalisms of a not-always-so-unified Country. The room is flooded with sounds, words, overlapping dialogues that go hand in hand with selected scenes on three big lightboxes. The union of audio and video convey the shining richness of our cinema and language.

Power. By means of films and archives, two concrete walls, 2.5 meters high, show representations of power as experienced though the time by the Italians. Lasting faces and unforgettable masterpieces. Power experienced as prevarication or with resistant irony. Two names above all: Gian Maria Volontè and Totò.

Landscape. Eros. Comedy. Food. The enchantment of the Italian landscape: unique, overused, captured by the cameras. The fruit and the civilization of the landscape: our nourishment. Images of desire, both hidden and revealed. Eventually a key genre of our cinema, worth of a specific label, “commedia all’italiana”. Four different topics, reproduced on four big screens at the same time. Between them a spectacular lunar landscape, made of earth and luminous steles, that reacts to the impulses in the films. A surprising tactile and visual experience, an invitation for a different kind of gaze.

Music. The soundtrack of our life. Musics for films, musical films – in the country of melodrama and of the “musicarelli” – from the first talkie, 1930’s The Song of Love, to the genius artists of film music: Morricone, Rota, Trovajoli, Piovani. Luminous bars goes in tune with this irresistible sound blob.

Masters. The names through which Italian cinema travels the world. Seen at work, in the backstage, during the breaks and in memorable award ceremonies. Other masters are the crew too, those who contribute with their craft and genius to the personal visions of the filmmakers. A shining architecture of lights and metal nets that design pillars and skies of light.

Future. A room covered in mirrors, without dimensional references, in which luminous trails dialogues with a video column in the middle. A box of mirrors creating endless reflections. The future is the way we look at it. 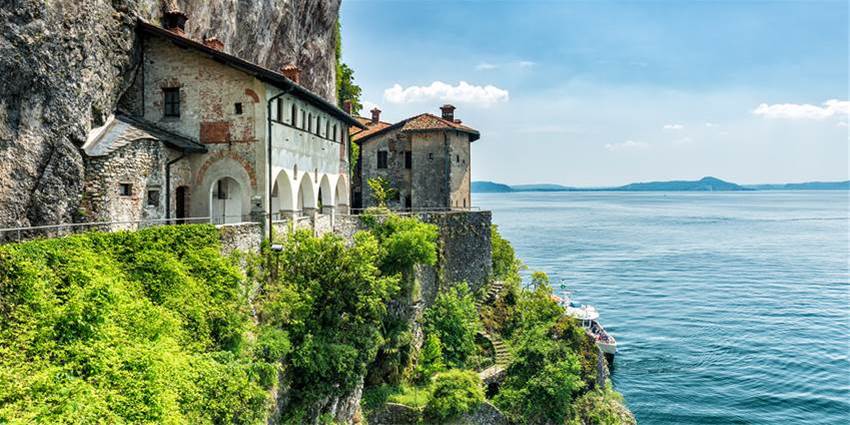 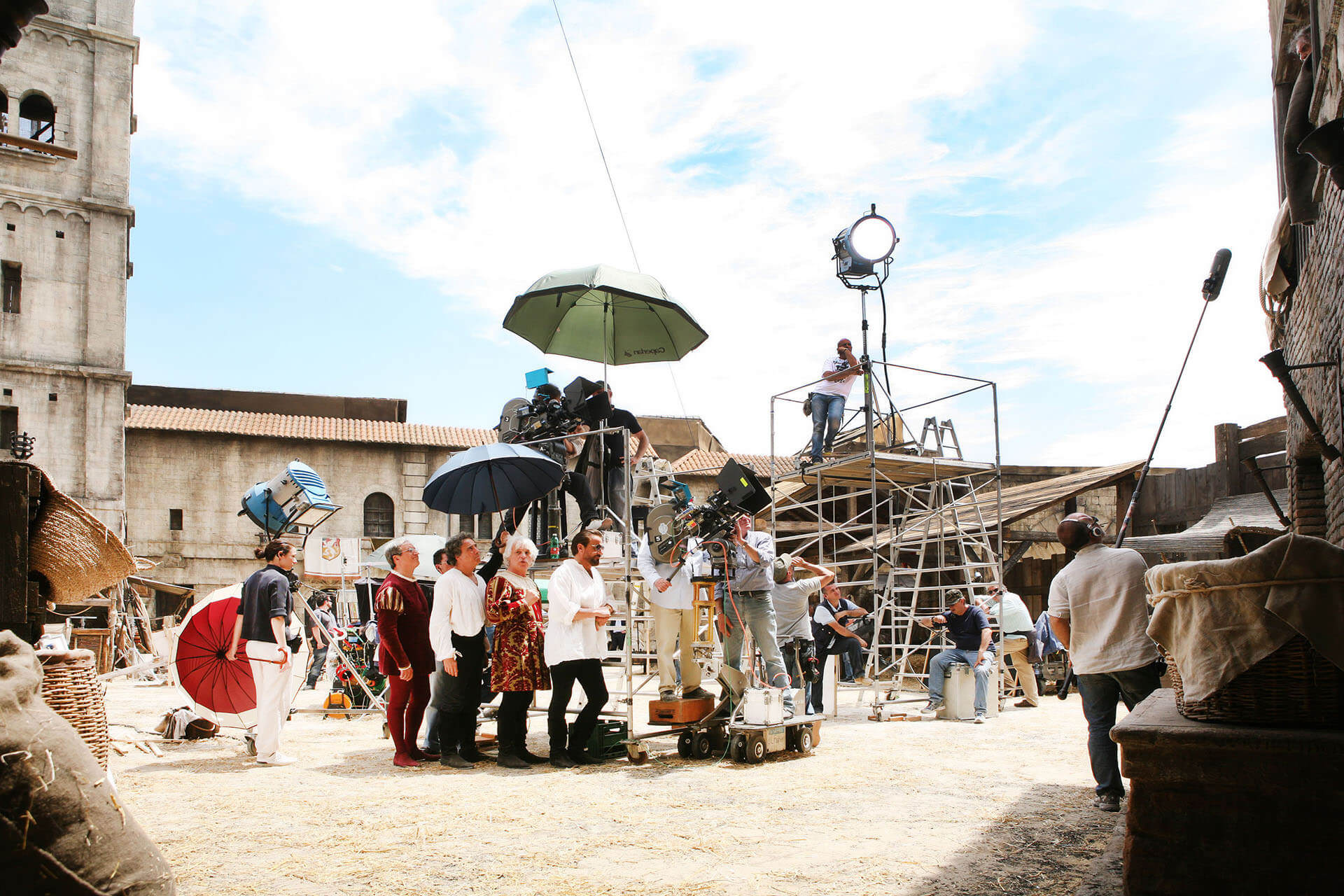 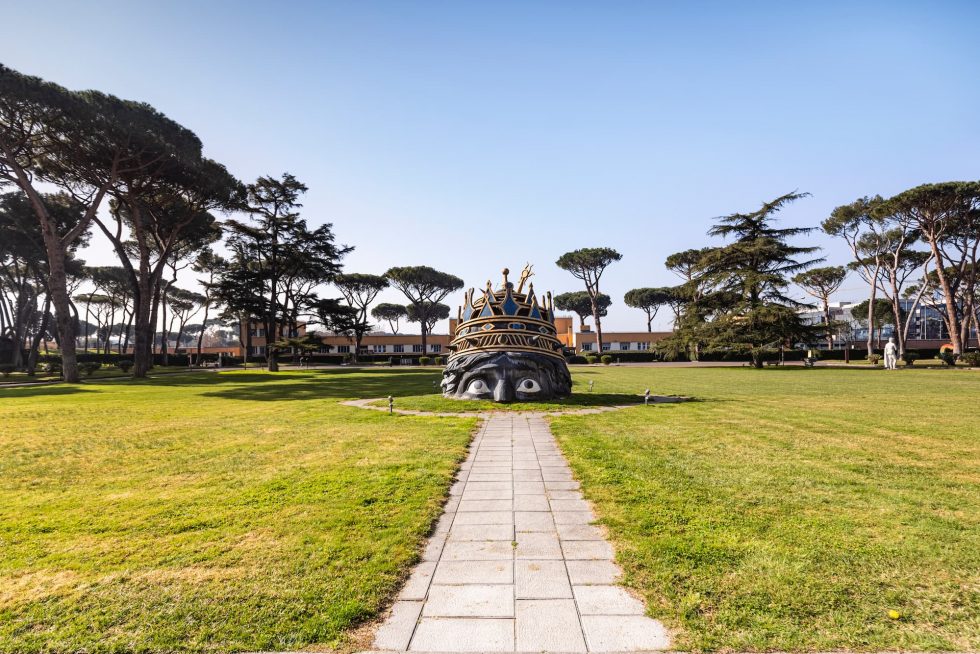